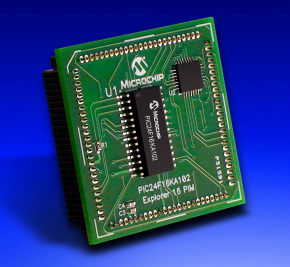 The microchip, one of NASA's many inventions
The Apollo 11 along with the rest of the Apollo program costed the U.S. an estimated $176 billion dollars from 1962, the beginning of the Apollo program, to 1972, the year of the last Apollo mission. Overall this costed the US tons of money which made the public very unhappy about this entire project. Only a little more than 50 percent of Americans actually wanted to go to the moon. The rest disagreed because it cost tons of money and they were also in the Vietnam War supporting the southern part of the country.

Apollo 11 also created many new inventions, in fact NASA created over 6,300 inventions that we use in our daily lives, things that include the computer microchip, cordless tools, and the smoke detectors. Our economy is impacted by these inventions because it produced more revenue. An example of this is the company Intel. They are a computer chip company that used the invention of the computer chip to run a company more efficiently. Without NASA the computer wouldn't have gone so far as it has had.
Powered by